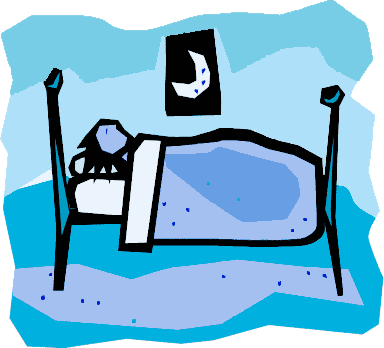 My first job ever was working at a local YMCA’s summer day camp, supervising unruly children day after day. One
day, I was called into my boss’s office and issued a warning because a kid in my class had been briefly “missing” (he had run off to the bathroom without telling anyone — totally not my fault, I swear). But the warning scared me nonetheless. Soon after that, in a literal mid-summer night’s dream, I dreamt that not only was the kid missing but he was running away and I was futilely chasing after him. In the dream there appeared a giant, fantastically steep hill next to the YMCA and the kid started tumbling down the hill and I started tumbling after him, as if we were Jack and Jill. I awoke, startled, feeling physically as though lurching a little forward and forward, spinning and spinning.

I don’t think I had ever attempted dream interpretation until that day. I still don’t take it too seriously and certainly not superstitiously. I didn’t think, for instance, that I was about to literally lose a little boy to a giant hill. I thought, however, that I was perhaps feeling scared of under-performing at work, losing kids, disappointing bosses. Afraid of failing. The dream, perhaps, told me something about myself that I hadn’t yet been able to put my finger on until a subconscious story showed up in my sleep.

And, it kept happening. Not the tumbling or the losing kids or the YMCA job (thank goodness — that was a rough job for me). But the fear of failure flashing before my mind’s eye in the mid of night.

Years later, while I was working at a church and reporting to mentors I respected greatly, I dreamt that I was at the church — only it wasn’t my church but some massive, modern auditorium with a domed roof — and was asked to help fix something at the last minute. I don’t remember what exactly. To tackle the task, a particular pencil was purportedly required and I was such a people-pleaser that off I went on an epic dream journey across the labyrinthine church to find the darn pencil.

When I got to work the next day, I might have asked my boss if he needed a pencil.

I’ve heard people — especially people with a creative bent like writers, artists, storytellers — recommend keeping a dream journal. They say it can be a starting point for stories, it can show you scenes, it can tell you truths. And, I’m starting to believe them.

Whether it’s dreams during the night, daydreams, or dreams as in goals I hope to accomplish someday…I’m starting to believe the dreams. I’m starting to see themes in them, sleeping and waking, and I bet you can too. Over time, anyway.